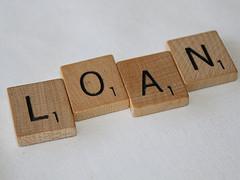 Will Lending Standards Loosen Up This Spring?

Lenders tightened up their underwriting standards the last few years, making it difficult for even creditworthy buyers to get approved for a home loan. Federal Reserve Chairman Ben Bernanke said at a press conference last week that the tightening of the mortgage market “has gone too far.”

But recent data released by Ellie Mae shows there may be some improvement in the loosening of credit.

More applications for mortgages also were approved — 56.8 percent in February versus 55 percent in January, a slight improvement.

The refinance share of loan originations fell to 68 percent in February, from 73 percent in January, which is “a good sign since it indicates lenders are getting more serious about going after the purchase market,” Inman News reports.

Still, many in the industry say that banks are being too strict with home loans. Lawrence Yun, chief economist for the National Association of REALTORS®, estimates that if credit conditions returned to “normal,” about 500,000 to 700,000 more home sales would occur this year