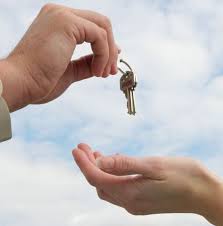 Where Are the First-time Home Buyers?

With ultra low mortgage rates and high housing affordability, first-time home buyers may never have a better time to jump into the housing market. But several factors are keeping them on the sidelines.

One of the biggest obstacles? Saving for the down payment, according to recent home buyer surveys. The second-biggest hurdle cited was poor credit history, which was making it difficult for first-timers to qualify for a mortgage. A high unemployment rate among younger adults — who often make up the biggest group of first-timers — is also holding many back. Also, first-time home buyers, who need financing for their home purchase, are increasingly losing out to investors who are willing to pay entirely in cash.

Housing experts say that first-time home buyers are a critical component for a sustainable housing recovery.

“First-time buyers are vital to boosting sales, especially during downturns, since when they buy a home, they aren’t also selling a previous home to finance the purchase,” according to MarketWatch.