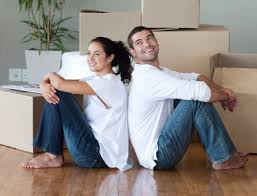 Living downtown is becoming increasingly appealing to college-educated 20- and 30-somethings.

In two-thirds of the country’s 51 largest cities, the college-educated population in the past decade has grown twice as fast within 3 miles of urban centers when compared to the rest of the metro area, the USA Today reports. That is a jump of 26 percent, on average, compared with 13 percent in other parts.

Young adults with higher education, in particular, seem to be showing a preference for urban living. Young adults with a four-year degree are about 94 percent more likely to live near urban neighborhoods than less-educated young professionals. (In 2000, that number was about 61 percent.)

Even floundering downtowns are attracting more young people. For example, Detroit, which has faced a 25 percent drop in its population since 2000, has added 59 percent (or 2,000) young and educated residents during that time, according to Impresa Inc., an economic consulting firm.

Looking to keep the young vibe going strong, Detroit even has recently launched a campaign — ”15 by 15” — to bring 15,000 young, educated professionals to live in the downtown by 2015. To do that, they are offering cash incentives: A $25,000 forgivable loan to buy a home in downtown and stay there for at least five years or $3,500 on a two-year lease.

In Cleveland — another hard-hit metro area that has lost 17 percent of its population — young professionals are also re-emerging. Cleveland has increased its number of college-educated professionals between ages 25 to 34 who live downtown by 49 percent (or 1,300).