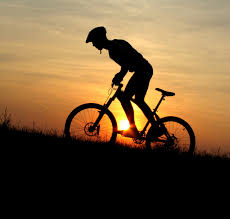 Forbes reveals the healthiest cities, taking into account such factors as clean air quality, residents’ health, and a community’s promotion of exercise and healthy living. Here are the top seven cities to make its “healthy cities” list:

From Forbes: “Minneapolis residents breathe clean air, prioritize exercise, and keep their weight down, supported by a city that was among the first to add bike trails and ban smoking in public places.”

From Forbes: “The plentitude of large parks is just one factor … Capital residents are less likely to be obese and more likely to bike or walk to work or take public transportation to work.”

From Forbes: “With 80 percent of the population reporting they’ve exercised in the past 30 days and 47 percent describing themselves as at least moderately physically active, Bostonians get out there and move.”

From Forbes: “Portland ranked high for the city’s vast amount of park land, high number of farmers’ markets, availability of health care, and popularity of walking or biking to work.”

From Forbes: “Denver ranked high in the health of its residents, 61 percent of whom are ranked as in ‘excellent or very good’ physical health.”

From Forbes: “San Francisco residents smoke in record low numbers (8 percent compared to a national average of 18 percent), have access to a ton of open space and park land, are more likely to walk or bike to work, are less likely to be obese or have diabetes, and have access to plenty of primary care providers.”

From Forbes: “Swimming pools, ball diamonds, golf courses, and recreation centers are all available to Hartford residents in much higher numbers than average, perhaps accounting for the high percent of residents who are active and in tip-top health.“