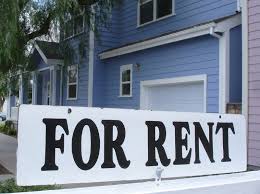 The Colorado Division of Housing says a survey of rental properties in the Denver area shows vacancies for the first three months of the year fell to 1.4 percent.