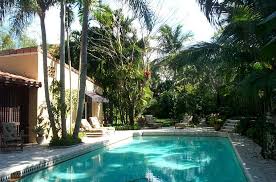 When a home falls into foreclosure and is left abandoned, you can never be too sure what you may walk into.

Authorities entering a home in Florida certainly were surprised and unsure what they’d find after the out-of-state home owner alerted them that two people had taken up residence in the home illegally. Authorities called in the bomb squad to take a look. They found drugs, a handgun, 10 grenades, and a pig roaming around the house.

A man and woman who were squatting in the home face weapon and drug charges.

The number of squatting cases in abandoned homes has increased in recent years. When homes are left unattended for months, others may decide to move in. Other recent surprising finds in abandoned homes have included a man who was hiding 94 hamsters in an apartment and a home that caught fire from a marijuana growing operation inside, as well as cases of skeletons found in homes or swarms of bees and bats that took refuge.