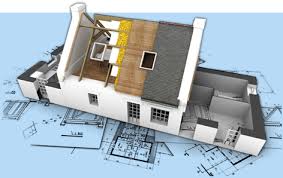 A  growing number of homeowners are focusing on using their home space more efficiently and personalizing it to suit their lifestyle, according to a recent survey by Better Homes and Gardens. More than one-third of homeowners (38 percent) surveyed say they are spending more time planning design changes for their home, up from 33 percent a year ago, while 42 percent say they shop around for more bargains before committing to a project, up from 40 percent who did so in 2011. They also are focused on value and tend to spend more time looking for the best deal for their money.

Social media sites such as Pinterest play a key role in the planning process for many homeowners who look to such sites for design inspirations, product reviews, creative ideas and solutions for using space. Consumers

say they prefer a home with median square footage of 1,791 square feet, down from 1,846 square feet a year ago. Bonus rooms and media rooms are no longer as popular unless they have a multifunctional purpose.

More than half of homeowners (55 percent) are focusing their next home improvement project on style upgrades for countertops, flooring, faucets and fixtures, up from 50 percent in 2010. Projects to expand storage space and remodel the bathroom and kitchen also rank high.