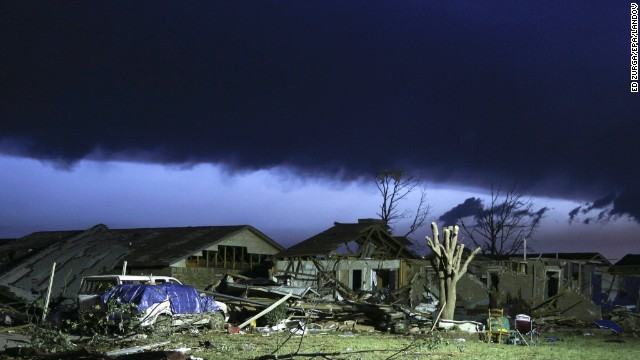 Residents of Moore, Okla., are beginning to pick up the pieces of their lives—and REALTORS® are helping their affected colleagues. The Oklahoma Association of REALTORS® says 10 of its members lost their homes in Moore and other affected areas Monday when a massive tornado swept through the area, ripping up homes and buildings along a 17-mile trail. The tornado was an estimated 1.3 miles wide; that’s more than 19 football fields strung end-to-end. Authorities have confirmed 24 dead, including 9 children, though those numbers aren’t considered final.

While damage to buildings and properties is still being assessed, experts say Monday’s tornado could rival or exceed the damage done in May 1999, when tornados in Oklahoma and Kansas damaged or destroyed more than 8,000 homes. According to the federal government’s National Severe Storms Laboratory, the 1999 twisters caused nearly $1.5 billion in total property damage.

The Oklahoma Association is making tornado relief available to REALTORS® through the Oklahoma Housing Foundation REALTOR® Disaster Relief Fund. “We have received many offers of supplies from all over the country,” the association’s relief Web site says. “The REALTOR® Family is truly coming together to help our folks in Moore.”