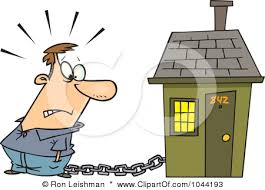 President Obama announced in his State of the Union address Tuesday the creation of a new task force that will investigate abusive and risky lending that led to the housing crisis. But the new task force may threaten to derail a settlement deal among the nation’s largest banks and government and state officials over alleged foreclosure abuses.

Obama said Tuesday during his speech that the new unit “will hold accountable those who broke the law, speed assistance to home owners, and help turn the page on an era of recklessness that hurt so many Americans.”

Meanwhile, settlement talks have spanned nearly a year are nearing an agreement among the nation’s five largest servicers and government and state officials over alleged foreclosure abuses and robo-signing practices. But the announcement of a new task force may threaten to derail that deal, JPMorgan Chase CEO Jamie Dimon told reporters Wednesday. The draft settlement, so far, has proposed the five big banks–JPMorgan, Bank of America, Wells Fargo, Citigroup, and Ally Financial Inc.–pay up to $25 billion in reducing the mortgage principal by an average of $20,000 for about 1 million underwater home owners. In exchange, the state attorneys general would agree not to file lawsuits against the banks.

“I think it would be better for America if that settlement took place,” Dimon told reporters. “If this thing derails that, so be it.”