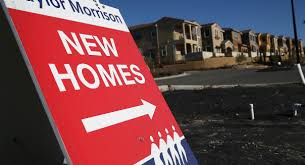 Homebuilders are ramping up new-home construction at the fastest pace in more than five years, the Commerce Department reported Wednesday.

Construction of single-family homes and apartments in November rose to a seasonally adjusted annual rate of 1.09 million, a 23 percent increase over October’s pace. It marks the fastest pace since February 2008.

“Single-family and multifamily starts are at five-year highs, providing additional evidence that the recovery is here to stay,” says David Crowe, chief economist for the National Association of Home Builders. “We hit a soft spot this fall when interest rates jumped and the government closed down, but mortgage rates still remain very affordable and pent-up demand is helping to boost the housing market. We expect a continued steady, gradual growth in starts and home sales in 2014.”

Housing inventories remain tight, with inventories of homes under construction hovering at a four-and-a-half-year low.