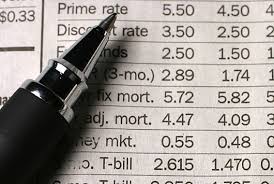 We’ve seen some improvement in mortgage rates this week, due at least in part to poor economic news and also in part to a perceived increase in the likelihood of further Fed action after the release of the FOMC minutes on Wednesday. In a nutshell, the Eurozone has moved deeper into recession and growth in the U.S. and China is slowing.  The relatively dismal outlook should lead us to continued improvements in mortgage rates, but day-to-day volatility makes it difficult to predict where the markets are headed.

We’re looking at a ton economic data being issued over the next two weeks, including reports on GDP and the employment situation that could be key in deciding whether or not the Fed takes action in September.  I said yesterday that the next couple of weeks are going to be a waiting game for a QE3 decision (next FOMC meeting 9/12-13).  I also think that September is the last chance for the Fed to ease until the following spring, due to the election and the Fed wanting to avoid being perceived as acting politically.  So the next two weeks are going to be very important.

I still believe that the chances of QE3 in September are above 50%.  Further easing should drive down long-term borrowing rates (unless the expectation of more easing is already baked into bond prices, in which case the risk is that rates will spike significantly if the Fed takes no action).  That said, given all the uncertainty moving forward, I think it would be wise for anyone who is looking for a mortgage in the near future to attempt to lock in a rate sooner rather than later.