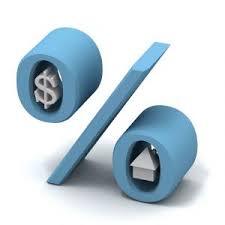 The typical rate for a 30-year fixed-rate mortgage dropped slightly this week to 3.55% from 3.59% a week ago, Freddie Mac said in its latest survey of what lenders were offering to solid borrowers.

The borrowers, assumed to be good credit risks and having down payments of at least 20%, would have paid lenders an average of  0.7% of the loan amount in fees and points to obtain the 30-year loan at that rate, according to the the McLean, Va., loan buyer.

The rate for a 15-year fixed loan held steady at 2.86% with 0.6% of the loan principal in upfront lender charges.

“After a brief flare higher in August, mortgage rates have settled back, driven there by the realities of a soft economy showing few signs of acceleration,” said Keith Gumbinger, vice president of HSH.com, a mortgage information service.

Freddie Mac economist Frank Nothaft noted that recent economic signs have been mixed, with  consumer confidence up slightly in August, according to the University of Michigan, but below this year’s peak in May.

“And the manufacturing industry contracted for the third consecutive month in August,” Nothaft said.