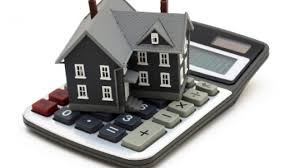 These five are among the 23 states that require judicial foreclosures, but their foreclosure periods are the longest; and the agency says Fannie Mae and Freddie Mac are losing more money as a result. In Florida, for instance, 159,000 of the mortgages guaranteed by the government-sponsored enterprises, or about 8 percent, have not made payments in a year.

Officials in the five targeted states insist that the longer process ensures that borrowers are protected from wrongful foreclosures. A final decision on the fees likely will not be made before April, according to the FHFA.