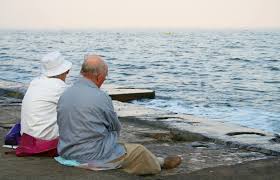 Traditionally when Americans retired, they would make big cross-country moves or head south to Sunbelt states. But times have changed and now more seniors are opting to stay put or make a short-distance move.

Indeed, only 1.6 percent of retirees between the age of 55 and 65 moved across state lines in 2010, according to an analysis of Census Bureau data.

Florida once was the retiree haven, attracting more than one in four retirees who did move. From 2005 to 2010, that number dropped to one in seven.

“Americans are moving to cities all over the country today when they retire,” says Richard Johnson, director of retirement policy research at The Urban Institute, who conducted the analysis.

The most popular retirement areas today are:

More retirees are opting to stay near where they once worked, moving out of the pricey real estate metro areas to places an hour or two outside of the city, where real estate prices tend to be cheaper. Property taxes are often lower too.

As an article in Reuters illustrates: “A retiree could sell a home in Montclair, New Jersey, near New York City, where the median home price is $560,800 and move 90 miles to Allentown, Pennsylvania (median home price: $135,400) — pocketing about $425,000 in extracted equity, assuming a mortgage-free transaction and excluding closing costs.”