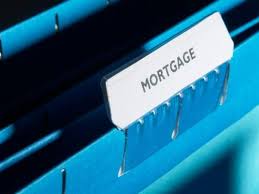 During the second quarter, nearly one million home owners were able to emerge from being “underwater” on their mortgage due to rising prices, according to a new report by Zillow.Home owners who owe more on their home than it is currently worth dropped to 30.9 percent in the second quarter compared to 31.4 percent three months prior.

While more home owners are getting caught up, nearly half of home owners who are underwater are disproportionately under the age of 40.

“We hear about tight inventory in many markets, and it’s clear where this is coming from,” says Stan Humphries, chief economist at Zillow. “Negative equity is trapping young people in their homes, preventing them from selling. These homes are like the very starter homes potential first-time home buyers are seeking.”

The high number of home owners under the age of 40 who are “underwater” could have long-term consequences for their financial situation as well as for the overall economy, Mark Zandi, chief economist of Moody’s Analytics, told CNNMoney. For example, these home owners will struggle to move on or trade up, and they could be at higher risk of defaulting on their mortgage because they don’t have any equity in their homes to rely on.