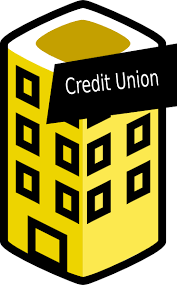 Borrowers seeking a mortgage or for those looking to refinance are increasingly turning to credit unions.  These financial institutions are expected to surpass a record-breaking $100 billion in mortgage loan originations this year, The New York Times reports.

The growth has mostly been attributed to a surge of refinancers and a growth from consumers’ “disillusionment with big banks,” The New York Times reports.

“We’d be remiss if we didn’t give a shout-out to the major banks for being annoying to consumers and forcing people to seek out other alternatives,” says Bob Dorsa, the president of the American Credit Union Mortgage Association in Las Vegas.

Credit unions are aggressively going after business, says Ed Kovalefsky, the CUC Mortgage Corp. chief operating officer. “They try to be as competitive as possible with regard to rates,” he says.

Credit unions may offer slightly lower closing costs than banks too. Another potential advantage, housing experts note, is that credit unions mostly keep their servicing on all of their mortgage loans in-house — incentive for them to be more responsive to their customers.

However, credit unions’ bigger bite out of the mortgage market may be short-lived. “Historically, when rates go up and refi goes down, our share and origination volume drops,” Dorsa says. “We’ve made a concerted effort this time to get out in front of REALTORS®, so we hope we won’t take as much of a hit production-wise as we have in the past.”