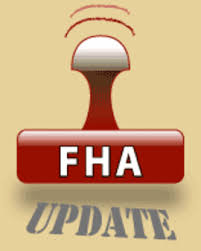 Some housing commentators warn that the Federal Housing Administration is depleting its cash reserves due to a spike in delinquencies on older FHA-insured loans, and the agency may soon be calling on taxpayers for help, CNNMoney reports. But other commentators say home price trends are what’s important to FHA’s reserve fund strength and the federal housing secretary says FHA’s reserves are up from last year.

The percentage of FHA loans with three or more missed payments increased 9.3 percent in November. FHA’s reserve funds depleted to 0.24 percent in 2011, which is below the 2 percent level it’s mandated to maintain by Congress. The FHA insures lenders against defaults; it does not issue mortgages.

“It’s highly likely that the FHA will need a taxpayer bailout over the next three to five years,” real estate professor Joseph Gyourko, author of a report entitled “Is FHA the Next Big Housing Bailout?,” told CNNMoney.

In December, Shaun Donovan, the Secretary of the U.S. Department of Housing and Urban Development, testified to the House Financial Services Committee that the FHA’s financial problems were mostly centered on loans issued prior to 2009 and that more recent loans were having a sharp decline in defaults. Donovan told the committee that the FHA should be able to return the reserve fund back up to the required 2 percent level by 2014.

But analysts are projecting more defaults on the horizon, and they are skeptical the FHA will be able to reach its goal. Home prices will be key, Guy Cecala, publisher of Inside Mortgage Finance, told CNNMoney. If further home price declines occur, the agency likely will be exposed to greater losses, Cecala said.

However, the FHA says its total liquid assets are higher now than they were a year ago — $400 million higher. The FHA also says that home prices would have to fall 4 to 5 percent before the agency would need a bailout from taxpayers.