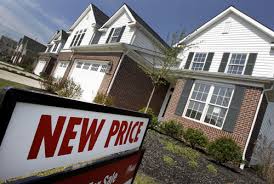 Median existing single-family home prices are rising in more metropolitan areas, but a lack of inventory — notably in lower price ranges — is limiting buyer choices in an increasing number of markets around the country, according to the latest quarterly report by the National Association of REALTORS® (NAR).

The median existing single-family home price rose in 110 out of 147 metropolitan statistical areas (MSAs) based on closings in the second quarter in comparison with same quarter in 2011; three areas were unchanged and 34 had price declines. In the first quarter of 2012 there were 74 areas showing price gains from a year earlier, while in the second quarter of 2011 only 41 metros were up.

A separate breakout of income requirements to buy a home on a metro basis shows a wide range of conditions, but most buyers had ample income in the second quarter assuming they could meet mortgage credit standards.

Lawrence Yun, NAR chief economist, said home prices are set to rise in even more markets during upcoming quarters. “It’s most encouraging to see a growing number of metro areas with rising median prices, which is improving the equity position of existing homeowners. Inventory has been trending down and home builders are still under-producing in relation to growing demand,” he said. “Some of the improvement in prices is due to a smaller share of sales in low price ranges where inventory is tight.” ….read more