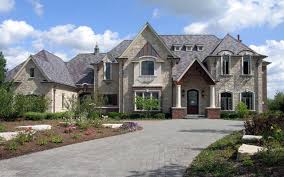 Sales of homes $1 million or more jumped 51 percent in November compared to one year earlier, according to the National Association of REALTORS(R).

“Many sellers wanted to cash in on their homes before a widely expected capital gains hike — to 20 percent from 15 percent — that was part of the fiscal cliff budget deal,” CNNMoney reports. “High-income earners [singles with income of $200,000 or more and couples making more than $250,000] also wanted to close sales ahead of a 3.8 percent Medicare surtax on investment income that was already slated to go into effect this year as part of the Affordable Care Act. All told, a high-earner would pay $88,000 less in taxes if they made a $1 million profit on their home in 2012 rather than in 2013.”

In order to get deals completed before the end of the year, some home sellers lowered their prices for home buyers who promised to close before Jan. 1, according to agent reports.

“Ever since last summer when people realized that the fiscal cliff was approaching, there was an incentive to get deals done,” says Meredyth Smith, an agent for Sotheby’s International Real Estate.

Now, the inventory of luxury homes is dropping drastically since the new year, says Philip White, Sotheby’s CEO. But White sees the drop as temporary: Low mortgage rates will continue to draw more buyers off the fence, and foreign buyers continue to target U.S. properties.