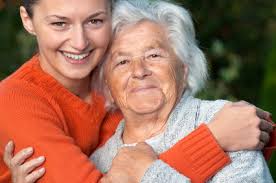 Young Americans are having it rough, according to a new study by the Pew Research Center. The generation of mostly 20- and 30-somethings have suffered from the biggest income losses than any other age group, the study found. What’s more, young professionals are less likely to have a job than any time since World War II.

The dire situation for young professionals has caused them in record numbers to shun moving long distances, delay marriage and kids, and move back with their parents in order to curb costs.

Forty-one percent of Americans say that young adults have been hit harder than any other age group, according to the Pew survey.

What’s more, nearly 70 percent of Americans say it’s more challenging for young adults than their parents’ generation to buy a home, find a job, pay for college, or even save for the future.

“Young workers are on the bottom of the ladder, and during a recession like we’ve had, it’s often hard for them to hold on,” Kim Parker, associate director of Pew’s Social & Demographic Trends project, told MSNBC.com. “They have a long way to climb back, and a lot of displaced workers to compete with.”

The number of young adults aged 18-24 who are employed dropped to 54.3 percent, which is the lowest on record since data started being collected in 1948. Also, for young adults who do work full time, their median weekly earnings average $448 — about 6 percent less than what it was in 2007.

“The research points to long-term economic problems for young adults,” says Mark Mather, an associate vice president at the Population Reference Bureau. “But many of the trends we are seeing among young people — postponing marriage, living at home, staying in school longer — can be viewed more as short-term ways to cope until the economy picks up.”