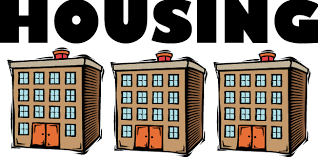 An index measuring improvement in the nation’s housing markets is showing signs of plateauing, which could be a good sign for the spring home-buying season, according to an economist.

The number of metro areas joining the Improving Markets Index ticked up slightly to 101 in April from 99 in March, according to the index released by the National Association of Home Builders and First American. The index measures improvements in metro areas by analyzing increases in housing permits, employment, and housing prices for at least the last six consecutive months.

Nearly 70 percent of the states, including the District of Columbia, are now represented with at least one market on the list. Texas boasts the most cities on the list at 11, followed by Florida with nine.

“After five consecutive months of gains, the [index] recently began to plateau, with many markets holding steady and a few experiencing the ups-and-downs that are typical in a choppy recovery,” says David Crowe, NAHB’s chief economist. “The [index] is designed to highlight markets that are showing consistent improvement, and those markets that have registered the smallest gains are more susceptible to dropping off the list due to a minor setback in prices, permits or employment. As stronger markets approach stability, it will get harder for them to keep charting improvement, which will also limit the expansion of the [index].”

“The fact that the number and geographic distribution of improving housing markets continued to expand beyond the 100 mark in April bodes well for the start of the spring home buying season, and should be an encouraging sign for those who are considering a home purchase,” says Kurt Pfotenhauer, vice chairman of First American Title Insurance Company.

To view all of the metros on the “improving market” index, visit www.nahb.org/imi.