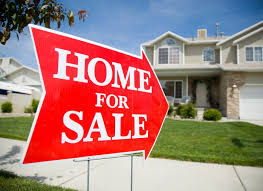 Last week, Morgan Stanley analysts predicted the housing market will continue to improve, even in the face of new mortgage servicing regulations and the long-anticipated definition of a qualified mortgage.

“We expect to see 2012 end with an increase of 7 to 9 percent for the year in aggregate home prices after considering seasonality effects for the remainder of the year, with the possibility of a 10 to 12 percent increase on the bullish side and a 4 to 6 percent increase as the bear case,” wrote analysts in the latest Housing Markets Insight report. “We view the bear case outcome to be relatively less likely.”

A CNN poll of economists produced similar projections. Home prices have already turned higher or will make the turn by the end of the year, according to 64 percent of those surveyed. Just three months earlier, half the economists said prices would not turnaround until 2013 or later.

The economists attributed their predictions to the Federal Reserve’s introduction of a third quantitative easing program and myriad reports released in recent weeks showing increases in home pricing, new home construction and a spike in the price of new home sales.