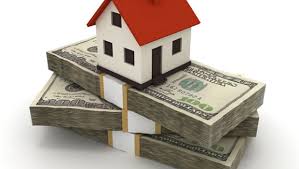 U.S. home prices in October were up 4.3 percent from a year ago, according to the Standard & Poor’s/Case-Shiller index. The gain is the largest annual increase in two and a half years, when a home-buyer tax credit temporarily buoyed sales.

October also was the fifth-straight month of year-over-year gains, after nearly two years of declines. “It is clear that the housing recovery is gaining strength,” says David M. Blitzer, who heads the index committee at S&P Dow Jones Indexes.

Prices rose in 18 of 20 cities tracked, with Phoenix leading the way with a 21.7 percent gain, followed by Detroit with a 10 percent jump. Chicago and New York recorded declines in prices.

Home prices are rising because sales are increasing and the supply of available properties is shrinking. Prices nationwide have now recovered to about the same level as in the fall of 2003 and are about 30 percent below the peak reached in the summer of 2006.