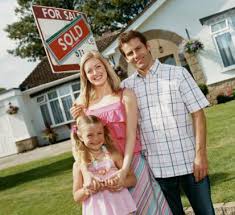 The home ownership rate is still far from its 70 percent peak during the housing boom. The rate started to drop soon after as the number of foreclosures began to soar, yet foreclosures are starting to slow.

The Commerce Department reported Tuesday that the home owner vacancy rate dropped to 1.9 percent in the third quarter — the lowest rate recorded.

“Some industry watchers expect the home ownership rate to increase again as consumers take advantage of depressed housing prices — down by a third or more nationwide — and interest rates that have made owning a home cheaper than renting in many markets,” The Wall Street Journal reports.