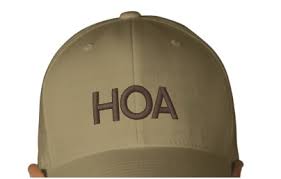 Homeowners and condo associations are turning the tables in Florida and foreclosing on the banks that have failed to pay dues or other expenses on the properties that they’ve repossessed, CNNMoney reports.

Banks are responsible for paying fees to homeowners associations after they foreclose on a home. But some banks are failing to pay these fees, which result in the associations having to tighten up their budgets and hike the fees to other residents.

As such, the homeowners associations are fighting back by placing liens on the repossessed homes until banks pay what they owe. If the banks don’t, the groups are foreclosing on them.

For example, the Southbridge Homeowners Association in Pembroke Pines, Fla., was owed $1 million from property owners, including several banks who repossessed homes in the neighborhood. The association ended up filing a foreclosure against Deutsche Bank for its portion that it owed on properties that it had repossessed. The bank allegedly failed to pay fees for more than two and a half years on a home it had owned in the community.

“Deutsche and other banks claim that they are just trustees of the property and that the mortgage company servicing the account is responsible for paying the fees,” CNNMoney reports.

Many of the cases are being settled between the associations and banks, resulting in the banks repaying what they owe and the foreclosure against the bank then being dropped.

But in other cases, the associations are foreclosing on the banks. In one incident, mortgage servicer NovaStar was accused of owing $22,890 in back dues and fees to the Keys Gate Community Association in Homestead, Fla., for a property NovaStar owned from foreclosure. The association ended up foreclosing on NovaStar and the home was sold at an auction for $62,000. The sale allowed the association to be paid back its debts.