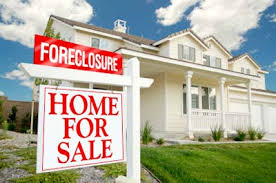 Florida has been bogged down by a backlog of foreclosures stuck in its court system, but lawmakers hope a new bill will get foreclosures moving faster in the state. This week, the Florida House of Representatives approved a bill to speed up foreclosures, which can take more than 900 days to complete in the state.

The bill still needs approval from the Senate, but lawmakers hope that if it passes, it can go into effect July 1.

Florida has a backlog of more than 368,000 foreclosure cases in its court system.

The proposed bill would allow “any lienholder, not just the lender, to initiate an alternative foreclosure procedure,” HousingWire reports. “The court would then decide if a defense provides enough cause to preclude a final judgment or if another hearing is needed.”

The House bill also seeks to speed up foreclosures when properties have been deemed abandoned.