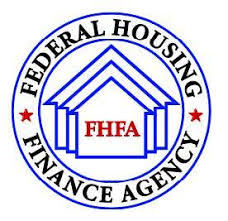 Fannie Mae and Freddie Mac could possibly curb its losses by $1.7 billion if the mortgage giants reduced the mortgage principal on about 691,000 underwater home owners, according to a newly released analysis.

The finding has prompted the Federal Housing Finance Agency, which oversees Fannie and Freddie, to reconsider its long-held stance on forgiving some mortgage debt of underwater home owners.

Edward J. DeMarco, the FHFA’s acting director, said Tuesday that in some cases it might make sense for the GSEs to reduce the mortgage principal on some mortgages in order to prevent the home owner from defaulting on their loan.

But such a move might come at an extra cost to taxpayers, DeMarco warned during a speech at the Brookings Institution on Tuesday.

“This is not about some huge difference-making program that will rescue the housing market,” DeMarco said. “It is a debate about which tools, at the margin, better balance two goals: maximizing assistance to several hundred thousand home owners while minimizing further cost to all other home owners and taxpayers.”

DeMarco still has some concerns about reducing the principal on some mortgages.

“Will some percentage of borrowers who are current on their loans be encouraged to either claim a hardship or actually go delinquent to capture the benefits of principal reduction?” DeMarco said.

The Obama administration in recent weeks has been pushing the agency to reconsider its stance on principal mortgage reductions, arguing that it can save money, reduce the chances that underwater home owners will walk away from their mortgage, and help stabilize the housing market.

The FHFA is expected to make a final decision in the next few weeks on whether to allow mortgage write-downs.