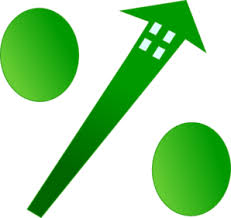 The Federal Reserve announced that short-term interest rates will likely stay near zero for nearly three more years, a move that is expected to spillover to long-term mortgage rates for home buyers and home owners.

In August, the Fed had made a rare move to say it would keep rates near zero until at least mid-2013. The Fed said Wednesday that the economy still needs more help and it will now extend that period to 2014.

Fed Chairman Ben Bernanke said in a news conference that the Fed isn’t happy with the modest economic recovery and that the Fed may need to take additional steps to spur recovery. He did not comment further on what those steps might be, though.

While the economy has improved somewhat in recent weeks, Fed officials say it’s worried about “strains in global financial markets” and the still high unemployment rate.

Some critics say that the Fed’s vow to keep mortgage rates longer won’t do enough to help the economy and the housing market. They argue that too many Americans are already unable to take advantage of the record low mortgage rates because of the tightening of lending standards.

Bernanke shared that concern, saying that millions of home owners were unable to refinance because of damaged credit or being from underwater in their homes.