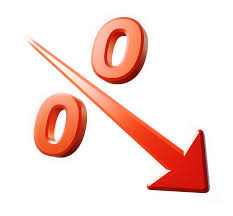 Fed Chair Ben Bernanke knows a good interest rate when he sees it. The Fed chair has refinanced the mortgage on his three-bedroom, attached town home in Washington, D.C. twice since 2009.

Most recently Bernanke refinanced on his home in September shortly after the Fed announced “Operation Twist,” which was a rare move by the Fed to publicly vow to keep long-term interest rates low for the next two years.

Meanwhile, mortgage rates continue to hover around record lows. The 30-year fixed-rate mortgage fell under 4 percent once again this past week–30-year rates below 4 percent were unheard of until this year. The 30-year fixed-rate mortgage averaged 3.99 percent for the week ending Dec. 8, according to Freddie Mac’s national mortgage market survey. Low rates, mixed with low home prices, are pushing housing affordability to record highs this year, Freddie Mac reports.