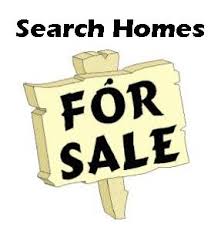 Home sales are on track to outperform last year, even though the market doesn’t have the benefit of the home buyer tax credit. This is thanks to sustained economic growth, the slowly recovering jobs picture, and historically high affordability conditions, NAR Chief Economist Lawrence Yun told a packed room on Thursday during the Residential Economic Update at the 2011 REALTORS® Midyear Legislative Meetings.

Although unemployment remains high at about 9 percent, the country is seeing steady job growth. More than 100,000 jobs are being created a month, and the U.S. could see 1.5 million net new jobs this year, Yun said.

Frank Nothaft, chief economist for secondary mortgage market company Freddie Mac, who spoke later at the same session, said he expects a bit more robust job growth, closer to 2 million, but both economists said the unemployment rate will remain high despite the new jobs because of the size of the hole that needs to be filled. More than 8 million jobs were lost during the 2008-09 recession, and new entrants to the labor force, such as recent college graduates, add another 2 million to the hole.

Both Yun and Nothaft are predicting home sales a little higher than 5 million, which would improve upon last year even though 2010 had the artificial stimulus of the tax credit, they said.

Behind the affordable conditions are low interest rates, which today are below 5 percent, and home prices that, while rising in some areas (like booming North Dakota), remain quite a bit below their peak during the housing boom. The high number of distressed homes (those in which the value is below the amount of equity the owners have in them) is one of the main reasons values are struggling to get off the bottom.

Yun said that overly strict lending standards are holding back more robust sales: 2010-vintage mortgage originations have a lower serious delinquency rate than in 2002, when serious delinquencies were barely above 1 percent, and 2011 is shaping up to be another stellar year in delinquency rates, but lenders are still requiring extraordinarily high credit scores and putting up other hurdles to obtaining financing. “If lenders would just go back to the normal standards that were in place prior to the boom years, sales might be 20 percent higher,” Yun said.

Although he’s seeing no signs of lenders opening up on lending yet, Yun said conditions are in place for lenders to start easing up. They’re sitting on plenty of money, and they could be reaching the point at which they can earn more revenues at reasonable risk levels by making home loans than by doing other things with their money. “I’m not seeing that yet, but that is a potential upside,” he said

In some ways, the heroes of housing today are the all-cash buyers. They’re 40 percent of the market now, so they’re helping to drive sales despite the tight availability of financing. Yun thinks all-cash buyers are investors who either can’t get financing or think they can get a better return on their cash by putting it into real estate than they can in savings instruments or stocks, particularly given the rock-bottom process of so many houses. He also thinks some empty-nest baby boomers might be acting as the lender for their children, buying a home for them on an all-cash basis and taking back a note. “I’m seeing this anecdotally. I don’t know if it’s a trend,” he said.

Yun’s forecast: The U.S. economy will grow about 2.5 percent this year, with between 1.5 and 2 million new jobs added to the economy. Home sales will reach about 5.1 million, up 7-10 percent from last year, with home values staying virtually unchanged. Nothaft had a largely similar forecast.