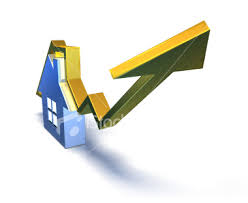 Economist: Real estate market in better shape than most think

RIFLE, Colorado — This region’s real estate market probably is in better shape than most people feel it is, and is likely to rebound quicker than expected, according to a nationally recognized expert on real estate and the economy, who spoke here on Thursday.
Lawrence Yun, chief economist and senior vice president of the National Association of Realtors, addressed the Glenwood Springs Association of Realtors at the organization’s annual election and membership luncheon.
At the end of his presentation, Yun asked his audience to contact their elected leaders in Washington, D.C., and urge them to not pass certain bills that Yun felt would hurt the real estate market and the nation.
These include legislation that would require at least a 20 percent down payment to buy a house, and another bill that would reduce or eliminate the home mortgage interest deduction from federal taxes. Yun said either bill would wipe out first-time buyers and harm the economy.
Yun started his talk by saying bluntly, “The sub-prime mortgage was a real mess. It should never have been done.”
The real estate market in this region was not hit as hard as others, he said, because it was somewhat buffered by the dominance of second-home and luxury housing sales….read more
Posted in Neighborhoods, Real Estate and tagged colorado property, homes, new listings, Real Estate