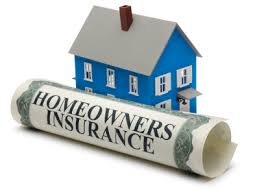 Cost of Homeowners Insurance May Soon Be on the Rise

Natural disasters from tornados, hail, winds, and floods caused widespread damage throughout the country in 2011, and more home owners may soon see their homeowner’s insurance premiums rise because of it.

The insurance industry has faced heavy losses in recent years from natural disaster, and insurers may be forced to raise costs of premiums, particularly in the Southeast and Midwest, Robert Hartwig, president of the Insurance Information Institute, warns.

“We’ve had record losses for four straight years,” Hartwig told USA Today. “My sense is that premiums will probably rise 4 percent to 5 percent.”

The average annual cost of homeowner’s insurance in 2008 was $791 and increased to $807 in 2010, according to data by the Insurance Information Institute. Hartwig told USA Today that he predicts the average premium for 2011 will be about $840.