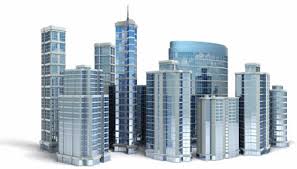 Investment company 100 Washington Street LLC, has bought the 49,625-square-foot flex building at 100 Washington Street in Milford, from KC Cubed for $3.9 million. Jon Angel, president of Angel Commercial in Fairfield, represented both the seller and purchaser. Built in 2000 as a single-tenant building, it had multiple tenants until recently when Thinklogical, which had occupied half of the building, expanded to absorb the entire space. Thinklogical, which has its headquarters in the building, is a privately owned, global manufacturer of secure, high-performance signal extension and switching systems. The building features a raised-floor computer suite, under-floor radiant heating, humidifiers and high efficiency lighting.

Nuovo Pasta Productions of Stratford has expanded its production operation with the purchase of a 38,000-square-foot industrial facility at 1330 Honeyspot Road Extension in Stratford. The purchase price and seller were not disclosed. The company has a production and warehouse facility on Bruce Avenue and had outgrown the building, limiting its expansion capability. Nuovo, started in 1989, has grown into a family of culinary trained associates who produce pasta and sauces. The company ships its products across America and beyond to chefs, restaurateurs and caterers. Dave Gorbach, partner with Colonial Realty in Fairfield was the listing broker. Bruce Wettenstein, partner with Vidal Wettenstein in Westport, represented the purchaser.

SL Green Realty is expanding its portfolio LED lighting retrofit program, installing more than 8,000 LED lamps across 10 commercial office properties, including Landmark Square in Stamford, to save $300,000 annually. The lighting is also being installed at SL Green buildings in New York City and Valhalla, N.Y. In 2012, SL Green completed one of the nation’s largest LED lighting retrofits at 22 commercial office properties, totaling more than 7 million square feet. This first phase installed more than 16,000 units, replacing antiquated lighting technologies including incandescent, halogen and fluorescent to save $625,000 annually.