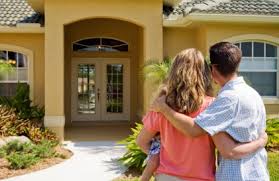 More home buyers may jump off the sidelines this spring as they get more urgent about purchasing a home, fearing that home price and mortgage rate increases are on the horizon.

Housing surveys in recent weeks have shown that more Americans are seeing now a great time to purchase a home. In the most recent survey, 73 percent of Americans say now is a good time to buy, according to the latest Fannie Mae Housing Survey conducted in March. That’s up from 70 percent in February who said it was a great time to buy.

“Conditions are coming together to encourage people to want to buy homes,” says Doug Duncan, Fannie Mae’s chief economist. “With an increasing share of consumers expecting higher mortgage rates and home prices over the next 12 months, some may feel that renting is becoming more costly and that home ownership is a more compelling housing choice.”

Indeed, more buyer urgency is evident in the market. Thirty-three percent of those surveyed by Fannie say they expect home prices soon to increase, which is the highest percentage in a year. What’s more, nearly 40 percent say they expect mortgage rates to rise in the next year too, which is also up from previous surveys.

Coupled with that, 48 percent of Americans say they expect rents to continue to climb, and 44 percent say they expect their financial situation to improve in the next year.