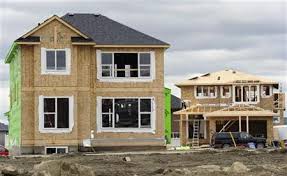 While sales of newly built single-family homes is on the rise, buyers are finding fewer choices as inventory sinks to a new record low, the Commerce Department reported Thursday.

New-home sales rose 3.6 percent in July to 372,000-unit annual rate — matching a two-year high that was set in April. New-home sales are up 25.3 percent over year-ago levels.

“Sales of new homes in July returned to the same solid pace they set in May, which was the fastest sales rate we’d seen in more than two years,” says Barry Rutenberg, chairman of the National Association of Home Builders. “This is further evidence that consumers are becoming more confident in local housing markets as they look to take advantage of today’s very favorable prices and interest rates.”

New-home sales have consistently inched higher since last September and are expected to continue to rise through the remainder of the year, according to NAHB.

Still, inventories remain low as builders have been leery of starting too many projects. The inventory of new-homes for sale reached a record low of 142,000 units last month.

“The fact that the inventory of new homes for sale reached an all-time low in July is a worrisome signal that ongoing, unnecessarily tight credit conditions are keeping builders from being able to replenish supplies as consumer demand improves,” says NAHB Chief Economist David Crowe.

Broken down by region, the Northeast saw new-home sales soar 76.5 percent in July, while sales also increased in the Midwest by 7.7 percent. Meanwhile, new-home sales in the South fell 1.6 percent and dropped in the West by 0.9 percent.

The median price of a new home is $224,200, which is down 2.5 percent compared to a year ago, the Commerce Department reports.