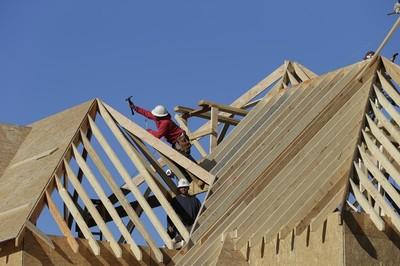 Shortages of key building materials—such as lumber and wall board—are a major barrier to a more robust recovery for the new-home industry, says David Crowe, chief economist of the National Association of Home Builders.

Recent surveys by NAHB and the National Lumber and Building Material Dealers Association show supply constraints and price increases are keeping construction rates far below what is considered normal and necessary to meet demand, Crowe says.

Builders report that in the last six months alone there has been a 5.17 percent increase, on average, in building materials that go into a home. Lumber dealers have reported that prices of products in the last six months have risen by 10 percent or more. According to the surveys, the highest reported shortages for building materials were for oriented strand board, wall board, framing lumber, and plywood.

Still, “the shares of reported shortages are not as high now as they were in 2004 or 2005, but the increases since 2012 are quite significant, especially when you take the early stage of the housing recovery into account,” says Crowe. “In 2004 and 2005 the home building industry was producing over 1.8 million new homes a year, while the current rate of new housing starts is still below 1 million.”

Michael O’Brien, NLBMDA president and CEO, says that material shortages and price increases will “continue to be a cause for concern as we move into the latter half of 2013.”