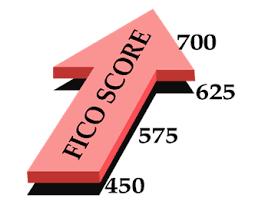 While standards for FHA loans have stayed about the same as they were in 2006, banks claim, borrowers with credit scores lower than 660 are facing a tougher time in getting approved, according to a new survey by the Federal Reserve of 68 domestic banks and 23 U.S. branches and agencies of foreign banks.

The majority of the domestic banks surveyed said that their lending standards for approving an application for a Federal Housing Administration-backed mortgages are about the same as they were in 2006. But borrowers with credit scores lower than 660 may have a more difficult time getting approval, according to the Senior Loan Officer Opinion Survey on bank lending practices.

Overall, the survey found that lending standards for prime and nontraditional mortgages have mostly been unchanged the last three months. The survey did find that mortgage demand is picking up — for both residential and commercial and industrial lending. One of the main culprits behind the pick up in loan applications: More home owners trying to take advantage of the Home Affordable Refinancing Program, HARP 2.0, aimed at helping underwater home owners refinance.

For the commercial sector, several domestic banks reported easing in many commercial and industrial loan terms to borrowers. The reason? Most of the banks cited “more-aggressive competition from other banks as the main reason for easing up on some standards.”