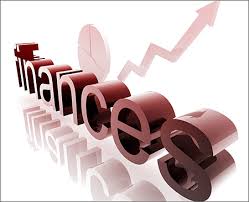 Americans are feeling the best they have about their financial situation in nearly four years, according to the latest CredAbility Consumer Distress Index, a nonprofit credit counseling service.

The improvements in the housing market is lessening the stress on Americans’ wallets, according to the report, which analyzed the financial condition of U.S. households in the second quarter, taking into account factors like employment, housing, credit, family budgets, and net worth.

“Slowly but surely, consumers have worked to repair their finances during the past four years by paying down debt and better managing their credit,” says Mark Cole, executive vice president of CredAbility. “They are more in control of their household budgets, increasing their savings even as gasoline prices have risen and the drought has started to affect food prices. While millions of people continue to battle unemployment, the majority of households with stable jobs and housing has made wise financial choices and are moving in the right direction.”

The study found that consumers’ finances are healthiest in Boston, Washington, D.C., Dallas, and Houston. Meanwhile, the cities with the most Americans financially distressed were in Orlando; Tampa-St. Petersburg, Fla.; Riverside-San Bernardino, Calif.; Las Vegas; and Miami-Fort Lauderdale, Fla.