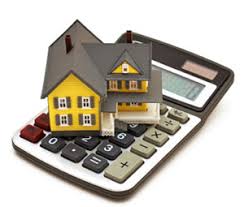 Are Home Owners Taking on Too Large of a Mortgage?

How much income should home owners devote to paying for their housing? The benchmark typically has been 30 percent. But in many places, home owners are devoting much more than that to pay for housing costs.

However, the trend of home owners devoting larger sums of their income to housing may pose troubles, analysts say, because home owners then aren’t able to save for retirement or savings.

“When you’re paying 50 percent of your income for housing, you’re primed and ready to fall,” Ginna Green of the Center for Responsible Lending told The Orange County Register. “You are one illness, you are one car emergency, you are two overtime shifts away from a default.”

Fannie Mae has been increasing its guidelines over the years on the income share it will allow home owners to devote to mortgages when it purchases loans. Now, they’ll permit home owners with good credit to take on as much as 45 percent—possibly even up to 50 percent—of their income on housing. Prior to 2008, Fannie Mae said borrowers should pay no more than 36 percent of their income for housing.