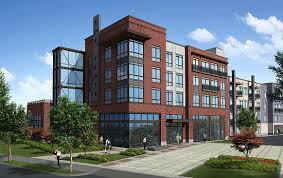 An apartment in metro Denver keeps getting harder to find, as vacancy rates remained below 5 percent in the third quarter of this year, according to a new report from the Apartment Association of Metro Denver and the Colorado Division of Housing.

At a 4.9 percent, the most recent quarterly vacancy rate is the lowest third-quarter mark since 2000, the report found. Last year’s third-quarter rate was 5.3 percent.

“Vacancy rates remain near 10-year lows and the vacancy rate has dropped year-over-year for the past eight quarters in a row,” report author Ron Throupe, an assistant business professor at the University of Denver, said in a media release.

As economics tend to do, scarcity drove up price. The median monthly rent in metro Denver rose to $881, a 2.9 percent hike from the third quarter of last year, when the median rent was $856.

Concessions, discounts and delinquencies fell from 13.6 percent last year to 10.4 percent for the same quarter this year, the report states.

“We’re starting to see concessions go away and all those offers for free rent are becoming rare as vacancies fall,” Colorado Division of Housing spokesman Ryan McMaken states in the release. “Delinquencies are still an issue, though, as renters confront unemployment and declining wages.”