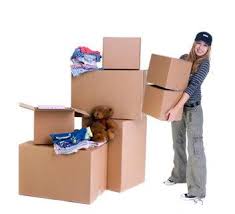 Peak moving season kicks off after Memorial Day, when it’s easier to get a tan than a van. But while demand and prices rise with the temperature, there are still ways to get a good deal.

“People move based on their own personal schedules, and most people prefer to move when their children are out of school or they have some time off,” says Laura Bauer Darr, the chief executive of the American Moving & Storage Association, an industry group. The average in-state move runs $2,300, reports AMSA, while families relocating across state lines pay an average $4,300. That’s just for the moving company’s time. Purchases to “feather the nest” in the three months around the move add $4,000 for apartment-dwellers, $10,000 for homeowners, according to Moving.com.

Although it may be tempting to go cheap, consumers who choose the lowest bid may find themselves out even more money in the long run. “While the majority of moving companies are honest and legitimate, there is also no shortage of predators,” says Eric T. Kanefsky, the acting director of the New Jersey Division of Consumer Affairs. Earlier this month, the state filed a lawsuit against two “rogue” moving companies that allegedly increased prices from $210 to as much as $4,940 once the goods were loaded onto the moving truck, with employees refusing to release the items until customers paid the higher price. In one case, employees allegedly demanded sex in exchange for a reduced price. A New Jersey Superior Court judge then issued an order that requires the companies to return any customers’ property being held, and prohibits them from conducting new business until a June 15 hearing. More broadly, movers ranked 17th among the Better Business Bureau’s most-complained-about industries last year, and a 2011 Angie’s List survey found 38% of consumers “had trouble” with their recent move. Common complaints include damaged items and hidden charges, says Cheryl Reed, a spokeswoman for Angie’s List….READ MORE