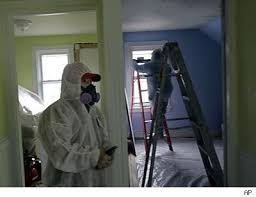 Three paint companies are being ordered by a court to pay $1.1 billion to clean up hazards from lead paint that was used decades ago in hundreds of thousands of homes in California.

Sherwin Williams, NL Industries Inc., and ConAgra Grocery Products Co. must remove lead-paint hazards from homes in Los Angeles and San Francisco, among other cities in the state named in the lawsuit, the California Supreme Court ruled. The lawsuit accuses the defendants of promoting the use of lead paint, despite knowing the health risks it poses.

The companies say they plan to appeal the decision unless the judge agrees to a new trial or declares a mistrial. The ruling “violates the federal and state constitutions by penalizing manufacturers for the truthful advertising of lawful products, done at a time when government officials routinely specified those products for use in residential buildings,” says Bonnie J. Campbell, a spokeswoman for the three defendants. “The risks to children alleged were unknown and unknowable decades ago.”

The lawsuit was filed 13 years ago by 10 city and county governments in California.

This is the first time since 1978 that a court has tried to pinpoint blame on the paint companies for health problems of people exposed to lead. Other such lawsuits have failed in Rhode Island, Missouri, Illinois, New Jersey, and Wisconsin, The Wall Street Journal reports.

The use of lead paint has been banned in the U.S. since 1978. However, lead paint may be found below layers of other paint and wall coverings in millions of homes. It requires special care to remove.